(Note from Iulia Leilua 14 September 2020 - Thanks to Teleai Edwin Puni from Event Polynesia for allowing me to republish this).

In reviewing a book, a reviewer must naturally read its contents to assess the story and its merits.

I must confess however that this will not be a typical book review as the book is written in Samoan, a language I cannot understand fluently even though I am part-Samoan.

Instead I will focus more on the author of Pending Conversations With Ga’opo’a, Tuiatua Tupua Tamasese Efi.

I met Tuiatua at the Empire, a swanky bar and restaurant in Auckland’s central business district, to talk about his latest book (he has already published several) that will be launched next month in Auckland. He was impeccably dressed in a beige linen suit and looked extremely handsome and refined.

Talking to Tuiatua in the upmarket surroundings of the Empire seemed a world away from Samoa. But as he spoke to me and recited ancient Samoan songs over a cup of English Breakfast tea, I felt transported back to Samoa and another time.

Pending Conversations With Ga’opo’a first took shape in Samoa in 1965 when Tuiatua’s family lost an important court case regarding the Tupua tama a aiga title. Feeling despondent at the defeat, he was consoled by a family elder and authority figure Ga’opo’a, who said, “Don’t be angry, your morning will come.” Ga’opo’a was considered by Samoans to be a living treasure because he lived to the age of 106.

Later while contemplating leaving Samoa for an overseas post, Tuiatua met the same Ga’opo’a on the road.

“He took my arm and massaged it with both hands,” says Tuiatua, “looked straight into my eyes and said: “Tupua, tautuana ma oe le atunu’u” – “Bear in mind the land of our forefathers.” I knew then that I could not leave Samoa”

Realising that his priviledged position gave him access to a wealth of taboo knowledge from Samoa’s elders, he resolved to document their mau or knowledge and analysis. Tuiatua kept close contact with Samoa’s dwindling kaumatua (elderly) community and spoke with them about Samoa’s history and people. Many like Ga’opo’a, could recall minute details of funerals, weddings and controversies that happened in Samoa as far back as the early 1900s. Although he did not document their mau at the time, Tuiatua says the book is an attempt to record what he remembers of the information he was privy to.

These recollections weave an intricate picture of traditional Samoan life. Ancient songs and chants, once jealously guarded, are now exposed for study and enlightenment. The frequent use of sexual innuendo to describe events, social customs and cultural practice are also revealed.

Tuiatua says given the taboo-ness of some information, various elders were opposed to him publishing them in a book including one of my own uncles. However many concurred that the book is of tremendous value to Samoa’s future generations. It also offers an indigenous perspective on Samoan history and provides an insight into resource material written by Palagi (European) scholars like Kramer, Stuebel, Davidson and Gilson.

Samoan scholars, ministers and matai who have previewed the book all applaud it for its range of language used. Whether it is an address in Parliament about arms control or Samoan religious culture before Christianity, the nuances of the Samoan language come alive on each page.

“I am drawn to this book because of the felicity of expression,” says Reverend L. Setefano from New Zealand’s Pacific Island Presbyterian Church in his review. “You cannot put it down because of the beautiful language. The words are simple but it is the style, the sentence structure and the message conveyed which grips you.”

As I struggled to understand the depth and profoundness of this book, I decided not to become bogged down by my deficits but honoured that a man such as Tuiatua would spend time with me explaining his work.

At the end of our interview, Tuiatua graciously invited me to his book launch on Friday November 30. The amazing thing is that, while it’s unlikely I’ll master reading this book in the next few years, I feel that this book belongs to me and my daughter and the generations who’ll come after her.

In conclusion, I would like to thank Tuiatua for his patience and kindness. 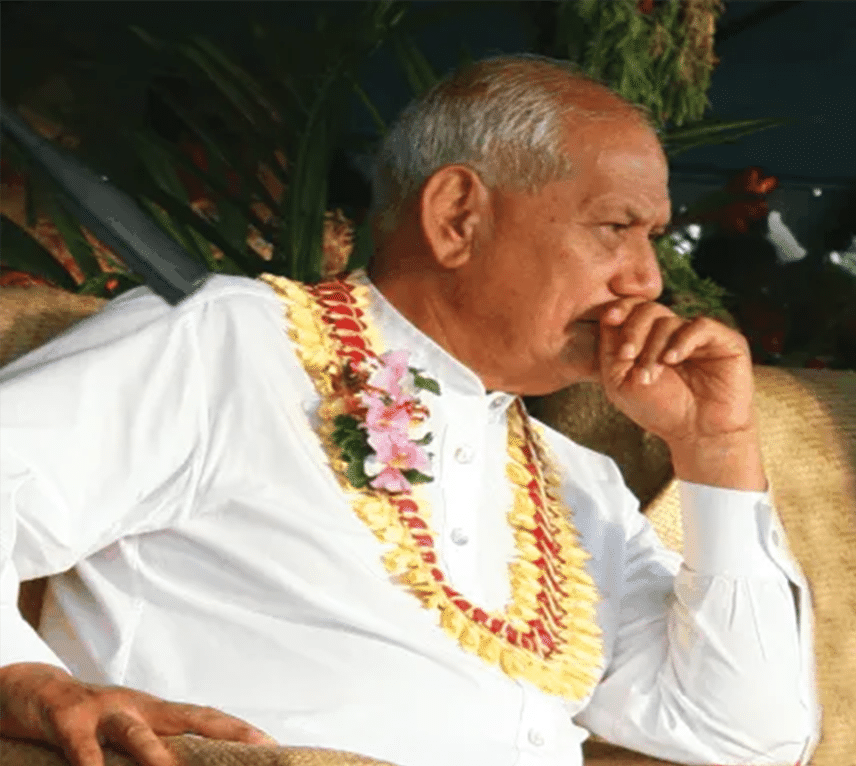 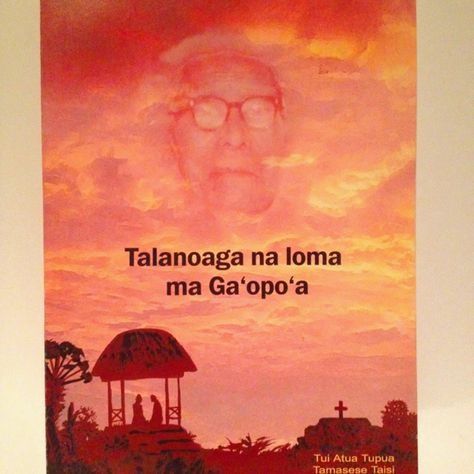